Fluke Corp has invested in Everactive for its novelty sensor technology in hopes to accelerate IIoT technologies.

Fluke recently invested in Everactive, a silicon valley company that produces data intelligence and sensor technology. Everactive has spent the last decade researching and developing sensor and data acquisition technology. They have made sensor technology simpler by eliminating batteries from their equipment altogether.

The goal for this new technology from Everactive is simplification and ease of use. Everactive’s sensor technology aims to pave the way for battery-free solutions.

These sensors utilize multiple methods of energy harvesting, such as thermal energy down to 10℉, solar energy down to 100 lux, and vibration energy. Even when using low power, wireless data transfer is well maintained. The sensors can collect data points and communicate them to locations kilometers away. 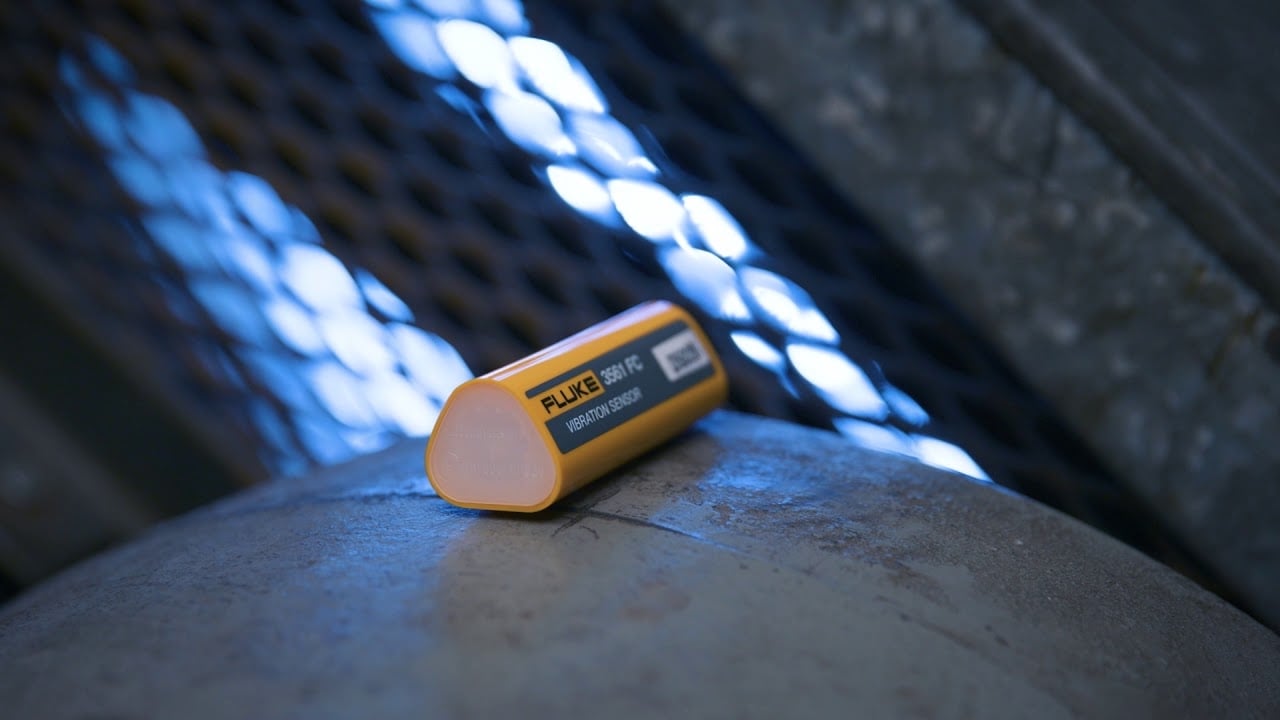 A vibration sensor from Fluke. Image courtesy of Fluke Corporation.

Another perk of not needing batteries is the logistics behind battery maintenance. This saves time and money for these companies to replace batteries and save for the large industry behind battery replacement.

Instrumentation of components just got easier with the new graphical user interface that Everactive pairs with its novel sensor technology. Everactive calls it a Flexible sensor hub that includes an interface that displays readings from sensors that record temperature, humidity, light, acceleration, vibration, pressure, acoustics, and gas.

The interface converts data points, includes amplifiers, and is acceptable for analog and digital I/O’s.

“Everactive’s breakthrough technology enables the ability to scale beyond anything we have previously seen in the IIoT industry,” says Marc Tremblay, President of Fluke. “We look forward to working with the Everactive team to define new industrial monitoring solutions that unlock a superior value proposition for our customers,” concluded Tremblay.

As part of this deal, Tremblay will now be a part of Everactive’s board of directors. Overall, the goal of this partnership is to revolutionize IIoT, which would then lead to advancements in the industries where these devices are utilized. This is also a significant milestone for the semiconductor industry as well.

Low powered, self-sustaining devices are the beginning of highly efficient technology in general. The reliance on batteries in electronic circuits has always dictated the potential for new technology that we see today, electric vehicles to take as an example.

Even though we are only starting to see autonomous, energy harvesting devices that collect data, it will lay the foundation for future generations’ emerging technology.

With the funding from well established and experienced companies such as Fluke, the future looks bright for proper and accurate data acquisition systems. With its partnership with Fluke, Everactive will raise up to 35 million dollars for part of its Series C funding round.