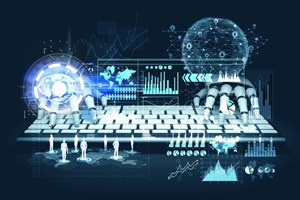 Ergonomics and human factors have always been important to manufacturing. Ever since the industrial revolution forced people and machinery together in large-scale mass-production factory environments, sociotechnical problems began to emerge and have had to be dealt with. A similar need is arising in industry today with the uptake of Industry 4.0 technologies like collaborative robots (cobots) and reconfigurable production lines.

Although manufacturing engineers and managers have traditionally focused on developing technical systems to replace people, there is now an increasing recognition that even in highly advanced and automated production processes, people are still essential for various roles and therefore an equivalent understanding of human/social systems must be developed.

Recently, the rhetoric around automation has cooled. Rather than the ‘robots are going to take all our jobs’ hysteria, there now appears to be an acceptance that automation will be good for the workplace. What’s the reason for this?

“I think we’re getting closer to the reality of what robots and automation are going to do,” explains David Golightly from the Human Factors Research Group at the University of Nottingham. “I think there’s two elements to that: Some of it is we’re getting a better perception of the benefits and the limits of automation.”

He adds that certain factors aren’t going to be replaced very easily. For example, resilient, flexible problem-solving behaviours. “You’re always going to need to work with your automation, whether that’s an automated control system or robots, there’s always going to have to be that human, creative, more responsive element in collaboration with the automation to make it work,” Golightly adds.

He also believes that there is a realisation that many jobs will be created in their own right. Products, robotics and automation all generate data about how they’re performing and the various systems that they interact with. All that data can be analysed to improve the performance of the robot or product, the automation itself, or the system as a whole.

“A lot of it is in a very raw form, so from a user-centred design perspective it needs to be improved to present it to people,” Golightly says. “Nonetheless, there’s a huge opportunity coming along in terms of jobs and roles associated with the effective use of automation.”

Are these new jobs going to be higher skilled and higher paying? Golightly assumes so, but he adds: “We’re not going to have very skilled data analysts replacing everyone. I think people on the shopfloor are going to be upskilled in order to manage, on a local supervisory level, what’s going on with the automation. There’s talk about ergonomics and human factors and the increasing relevance of supervisory roles. I don’t mean a dull monitoring role, I mean an active, problem-solving, supervisory role and the designing of systems that actually support supervision in a constructive way.”

Automation has been introduced piecemeal over decades. This has proven problematic because, usually, only the simple or mundane parts of certain processes have been automated, leaving the more complex bits to the human operators. This means that there are certain parts of the process at which humans are out of practice as they haven’t performed them in a long time.Programming robots to perform the more complex parts of the processes is also incredibly difficult. Introducing cobots into this environment is a real challenge, especially if the robot needs to communicate its movements to a human working nearby as well as understanding the human’s movements in real time, so as not to slow production.

Golightly suggests: “Think about co-operation and collaboration and start from what are the human and robot trying to achieve together? What is the aim of the system? And from that think about how the human and the robot are going to work together, to collaborate, that’s not just an afterthought.”

Industry 4.0 is allowing manufacturing spaces to change from fixed production lines to reconfigurable and adaptive as mass-customisation becomes more prevalent. If one component in the production line breaks, the production line can be reconfigured to continue. The challenge here is that automation equipment will have to physically move to keep things running, again requiring precise communication between cobot and human.

“If you’re going to realise the opportunity that Industry 4.0 and flexible manufacturing offers, you have to design systems that are going to cooperate with humans. You have to make that a core aspect to the design, whether that’s physical design to support cooperation, or whether it’s more of the cognitive and the software design to support cooperation and collaboration.”

Human factors and ergonomics is all about making processes and products user-centred, putting the user – their needs, capabilities and safety – at the heart of the process.

“One thing that’s interesting, in my experience of working in product design with design engineers,” says Golightly. “Is a lot of them do that intuitively anyway, that’s why they’re drawn to it as a discipline – they are already thinking about people and how they’re going to use their products.”

Going forward, Golightly sees human factors teams become an increasingly important part of an organisation’s makeup, not just in the manufacturing industry but also in transport, healthcare, education, the creative industries, natural environments and urban settlements. He also envisages it becoming a core part of engineering and product design courses.