In the industrial sector, Siemens is mostly known for their PLCs, control components, and automation equipment.

The CNC Sinumerik One

The Sinumerik One is a digital CNC system that allows designers of CNCs and operators to control a virtual CNC machine. Sinumerik One can also map an entire process into a digital twin and control external hardware. These capabilities allow different hardware to work together, which can speed up manufacturing processes. 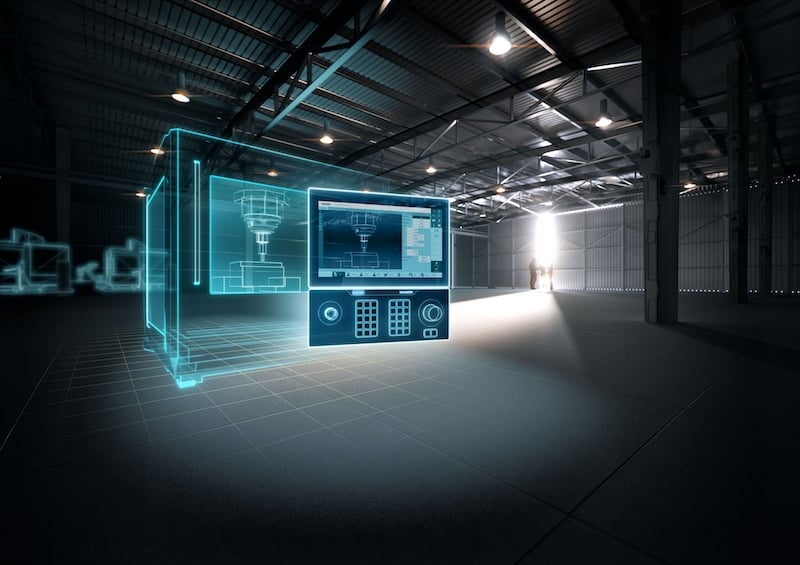 The SINUMERIK ONE. Image courtesy of Siemens.

The digital CNC system can simulate all stages in a standard CNC process, from programming to operating the machinery. The simulation allows workers to be trained in a virtual environment, reducing the cost of teaching new operators.

Sinumerik One can also work with additive methods, including 3D printing, enabling a wide range of machines to be controlled within a digital environment.

The One Dynamics Operate package aims to improve efficiency in the programming step in Sinumerik One cycles. It also seeks to provide high-quality simulations for CNC technologies, including milling and turning. For example, users can visualize 3D CAD data while in the facility. 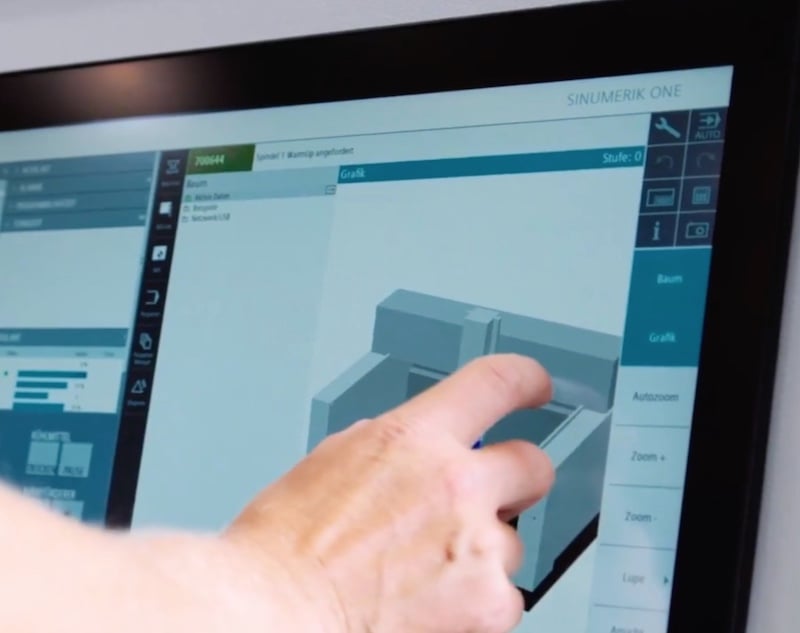 A user demonstrating new features of the software packages. Screenshot courtesy of Siemens.

The other two packages, One Dynamics 3-axis milling, and 5-axis milling, integrate the CNC functions Top Surface and Top Speed Plus.

Top Surface is a package that examines the geometric data of a program and then performs optimization during execution (i.e., as the CNC operates). This allows for the production of high-quality surfaces with complex free-form surfaces. This package can be useful for the production of molds that have high surface quality requirements.

Top Speed Plus utilizes unique algorithms to minimize vibration in machinery when operating. When machinery is sped up to increase the production rate, vibration can occur, which negatively affects the quality of the finished part.

However, Top Speed Plus avoids this by using filter technology to reduce machining times by up to 30 percent. Users can increase the net result in production, which aims to reduce the overall cost.

How are Software-Defined Systems Changing the Industry?

The Sinumerik One CNC is an example of how software-defined systems may lead the future in technology. Traditionally, the hardware would define a system or process, and the software running on top of that would allow for communication, basic processing, and control.

However, when systems require upgrading, the underlying hardware often needs replacing, which can be very expensive. Instead, software-defined systems can use configurable hardware and processors, such as SmartNICs and FPGAs, to create a system defined in software.

While these systems are expensive, they can be reconfigured when new protocols and functions are developed, making upgrades and fundamental changes mostly cost-free. The same can be seen in the Sinumerik One system.